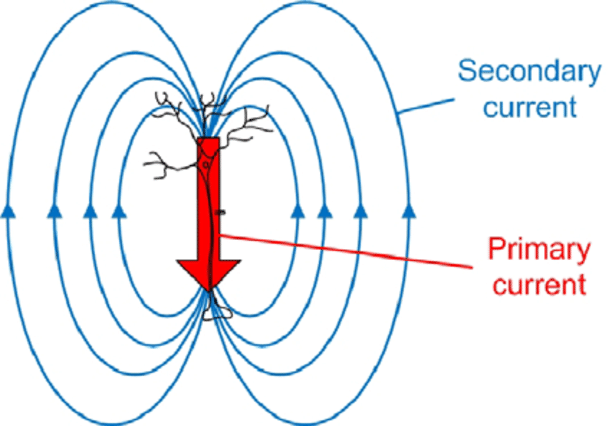 Magnetoencephalography (MEG) is a non-invasive neuroimaging technique that maps functional brain activity by recording magnetic fields naturally produced by the brain’s electric activity. MEG has very high temporal resolution, and can record events on the order of milliseconds. Additionally, MEG has superior spatial resolution, and can localize sources with millimeter precision. Unlike fMRI or PET scans that are secondary measures, MEG directly measures brain function and neuronal activity.

How Does It Work?

Although this neural activity can be measured, it is still approximately a billionth of the strength of Earth’s own magnetic field, and thus sensitive instruments are required to record brain activity. An array of superconducting quantum interference devices (or SQUIDS) that are cooled with liquid Helium to -269 degrees Celsius are able to detect and amplify the magnetic signals generated by neurons centimeters away. Recordings are performed in a magnetically shielded room that minimizes the amount of background magnetic interference.